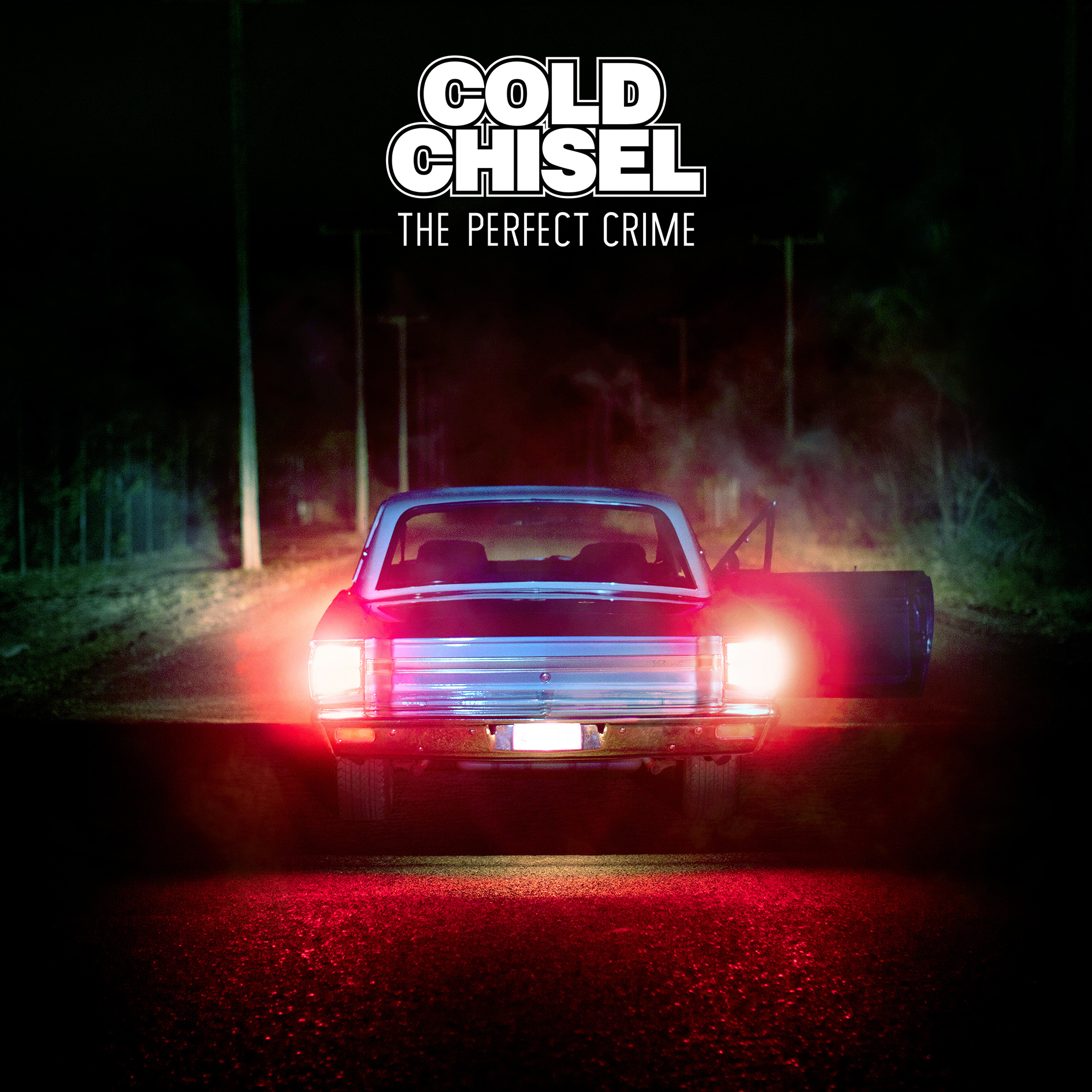 It’s a huge day of announcements for Cold Chisel fans.

Our long awaited new album will be called The Perfect Crime and will hit stores on Friday, 2 October coinciding with the first gig on our One Night Stand tour at the Deni Ute Muster. Featuring songs drawn from recording sessions across 2014 and 2015, the album will be kick-started by the single Lost, which will be released to radio and TV tomorrow, Friday, 28 August. Pre-orders for the album will also be available at all music retailers from tomorrow morning.

We’re also happy to announce four extra shows on the One Night Stand tour which will take place in Geraldton (WA), Adelaide, Melbourne and Sydney. The show at Adelaide’s Entertainment Centre on Tuesday, 17 November is in direct reaction to the overwhelming feedback across Social Media from our hometown fans demanding a show on the national tour.

The show at Melbourne’s Rod Laver Arena on Thursday November 19 comes as our headline show at Hanging Rock, Vic is about to sell out. On Tuesday, 15 December we’ll also be playing a third and final show at Sydney’s Qantas Credit Union Arena to mark the closure of this iconic rock & roll venue. This additional Sydney date is very significant for for us and our fans as it marks the anniversary of the final show of our Last Stand tour, which ended at the Sydney Entertainment Centre on 15 December 1983.

We’re also excited to announce that we’ve managed to persuade the much-loved Grinspoon out of hiatus to be our special guests on 7 shows.  Grinspoon have been added to the already-announced One Night Stand shows at 1300SMILES Stadium in Townsville on Saturday, 7 November and at the Darwin Amphitheatre on Tuesday, 10 November and they will join us in Adelaide, Melbourne and on all 3 shows at the Qantas Credit Union Arena in Sydney. This return of Grinspoon will be exclusive to these shows on the One Night Stand tour.

“We’ve done a couple of really memorable shows with Grinspoon,” says Jimmy Barnes. “They played with us on our huge return show at Homebush Stadium in 2009 and they joined us for one show on the Light The Nitro tour in 2011 and that just happened to be the biggest show of the tour. They’re a great band and a really good fit with Cold Chisel.”

“To say we are excited to be supporting Cold Chisel is an understatement,” says Grinspoon frontman Phil Jamieson. “The show we played on the Light The Nitro tour was one of the most memorable shows I have ever played in my life! Arm in arm, all of us – Pat, Joe, Kris & I. Singing at the top of our lungs to ‘Flame Trees’. Grinspoon have NEVER been arm in arm before. It was a moment. I think I may have even fallen into a bush in my excitement.

“I honestly didn’t think Grinspoon would be playing together again, so to get this opportunity by such a legendary act is humbling and completely out of the box insanely totally crazy fun. Now, what the hell am I going to wear?”

2015 is shaping up to be one the biggest and best in our four-decade career.  “The Perfect Crime is probably the most rock & roll album that we’ve ever done,” says Don Walker. “Now we can’t wait to get out and play some of these songs on the One Night Stand tour.”

As a member of our mailing list, you’ll get exclusive first access to tickets for all of these new shows on the One Night Stand tour. All members will be able to buy a maximum of six (6) tickets from 2.00pm on Tuesday, 1 September until 10.00am, Thursday, 3 September using a special password which will be emailed to you on the evening of Monday, 31 August.

Saturday, 31 October 2015
Decades Festival, Strathpine, Qld
With The Living End, Something for Kate and more
CLICK HERE FOR TICKETS / 13 28 49