Respected as one of Australia’s iconic musicians, Ian Moss delivers an unforgettable sound – not only as a telling soloist on guitar but especially with his silken voice, ringing with clarity and resonating with pure soul. While primarily recognised as an axeman of unusual tenacity and sweet melodic sensibility, Ian’s distinctive vocal is the essential signature of his soulful, bluesy muse – as it has been since his first tentative foray into music during the early 1970s.

Born and raised in Alice Springs, Mossy started playing guitar in local teenage bands but moved to Adelaide after failing one of his high school years, planning to repeat in the big city. Fate intervened when he answered an advertisement for a guitarist in a shop window in 1973, joining the band that was to become a legend in Australia – Cold Chisel. After Moss joined organist and principal songwriter Don Walker and drummer Steve Prestwich, the group took shape with singer Jimmy Barnes and later bass player Phil Small, starting the hard grind of playing gigs on the back of flatbed trucks and in suburban hotels. Barnes remembered young Mossy as “a boy from the bush who didn’t wear shoes but played fantastic”. They hit the road and paid their dues, playing countless one-night stands across the country.

The reputation and status of Cold Chisel steadily grew, mainly on the strength of blistering live shows, and in time their well-crafted recordings became staples of radio airplay. By 1980, with the release of the seminal East album, Cold Chisel was the biggest band in the country. Moss’s voice began to shine through such seminal Cold Chisel songs as Never Before, Bow River (written by Moss) and a gorgeous rendition of Ray Charles’ Georgia.

Enjoying the status of Australia’s best guitarist, after Cold Chisel break-up in 83/84, Moss carefully evolved into a solo artist of the same calibre and commanding the same respect as Cold Chisel. After five years of patient nurturing, Moss released his debut single Tucker’s Daughter in January 1989, and caused an immediate sensation. The anthemic song – which Moss wrote in collaboration with Don Walker – sat in the Top 10 for 11 weeks and hit No 1 for two weeks, achieving gold sales status after 15 weeks and selling more than 80,000 copies. Moss’s second solo single, Telephone Booth, was released in June that year, hit the Top 10 and remained in the Top 20 for 10 weeks.

The setting had been established for Moss to emerge as an important solo artist. His debut album Matchbook, released in August 1989, entered the charts at No 1 and remained there for three consecutive weeks. It stayed in the Top 10 for 14 weeks and has sold more than 200,000 copies.

When he went back out on the road, Moss’s live shows drew a hoard of Chisel faithful and a league of new fans. In 1989, Moss toured for 25 weeks, playing dynamic and energetic performances five or six nights every week to virtually full houses across Australia. Crowds were left hungry for more.

In 1990, Mossy took his music to the world, touring and gaining airplay across Scandinavia and northern Europe. At home, as a live video recorded on the Matchbook Concert Tour went Gold on the day of release, Moss returned to the studio to start recording his second album, Worlds Away. Released in Australia in October 1991, the album was then issued in Germany, Austria, Switzerland and Scandinavia the following year. In 1993, Moss consolidated his growing European fan base with tours in April and May through Germany, Austria, and Switzerland, earning high praise in fantastic reviews.

Moss took stock of his musical output in 1995, changing direction to embrace the blues in bolder fashion, and in the studio this translated to recording a much tougher album than his previous releases suggested. Petrolhead, his third solo offering that was released in 1996, had Moss playing bluesy rock with none of the heavily produced, big budget sheen that had been applied his late-1980s and early-1990s recordings. With lan Rilen (from Rose Tattoo and X) on bass, Paul Demarco (Rose Tattoo, Catfish) on drums and Don Walker on occasional keyboards and song writing, the sound was recorded almost live, stripped back and honest without ever losing its innate power. “It was a conscious decision to get back to something I was always happy doing,” says Moss. “The result is tough, ballsy blues meets rock… plenty of heart, alive and kicking.”

The Cold Chisel reunion in 1998 – both in the studio for the recording of new material and subsequent touring to promote the resulting Last Wave of Summer album – put Ian back in the national spotlight as a showman and musician of dazzling ability. It reminded the Australian public of Moss’s alluring talent and diversity as a performer, as did another Cold Chisel reunion tour in 2003 and his input to Jimmy Barnes’ Double Happiness album of duets in 2005.

However, during 2005, Moss’s musical output took another exciting fresh turn. He was invited to record an album of acoustic songs for Liberation Music and the Six Strings album – part of the Liberation Blue label’s engaging acoustic series – was the result. This bold renaissance of his solo career amplified Moss’s willingness to embrace new ideas and influences. “It took a bit of nerve for me to unplug and play acoustic, but it injected this freshness into my playing,” he says. “It was a significant new path for me.”

Heartened by success for that album, a second chapter of Moss’s acoustic recordings – his sixth solo album Let’s All Get Together, released in 2007 – saw the input of guests including James Morrison and Margaret Urlich adding colour to striking new interpretations of familiar songs, including Flame Treesand Choir Girl. To support the album release, Moss undertook an extensive tour with former Noiseworks and INXS singer Jon Stevens, and further touring in early 2008 showed Moss to be an especially dextrous musical stylist; not just a rock player, not just an acoustic strummer, but a truly seasoned and rounded musical talent.

In 2008, Moss was on the Australian television series It Takes Two, singing duets with celebrities and showing a side of his musical character that surprised many listeners. “When I put aside the guitar and sang a few soul ballads on that show, people were suddenly listening to me differently. They’d say ‘Yeah, we knew you sang, but we didn’t know you could really sing’. It was both flattering and frustrating. I kept wondering what they thought I’d been doing for past 30 years. It showed that there was a different side of my music that hadn’t really been heard by enough people before.”

Mossy is now allowing his guitar work to take a back seat while he concentrates on singing – which is the focus of his new album Soul on West 53rd thatfeatures fresh takes on classic soul songs from the likes of Sam Cooke, Al Green, Otis Redding and Levi Stubbs. This product of New York recording sessions with producer Danny Kortchmar and an all-star band of soul session musicians, including drummer Steve Jordan, Leon Pendarvis on keyboards, Neil Jason on bass and Hugh McCracken on guitar, is another bold venture from Moss that has turned heads. When audiences hear the power and excitement on Soul on West 53rd, it reinforces what Ian Moss has to offer as a vocalist of repute. 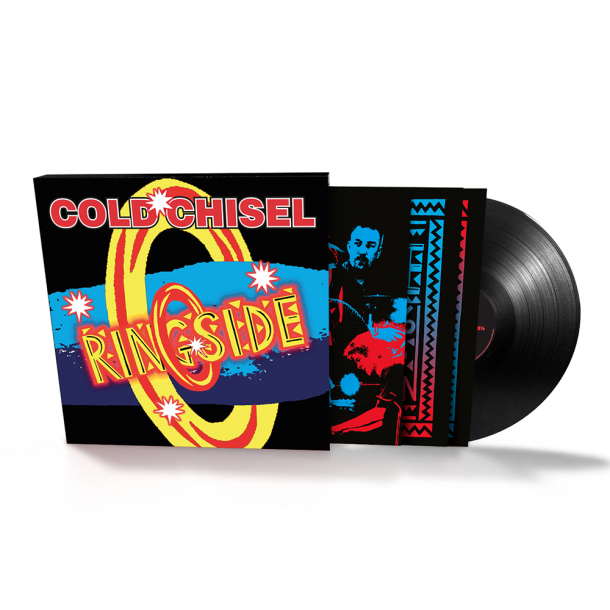