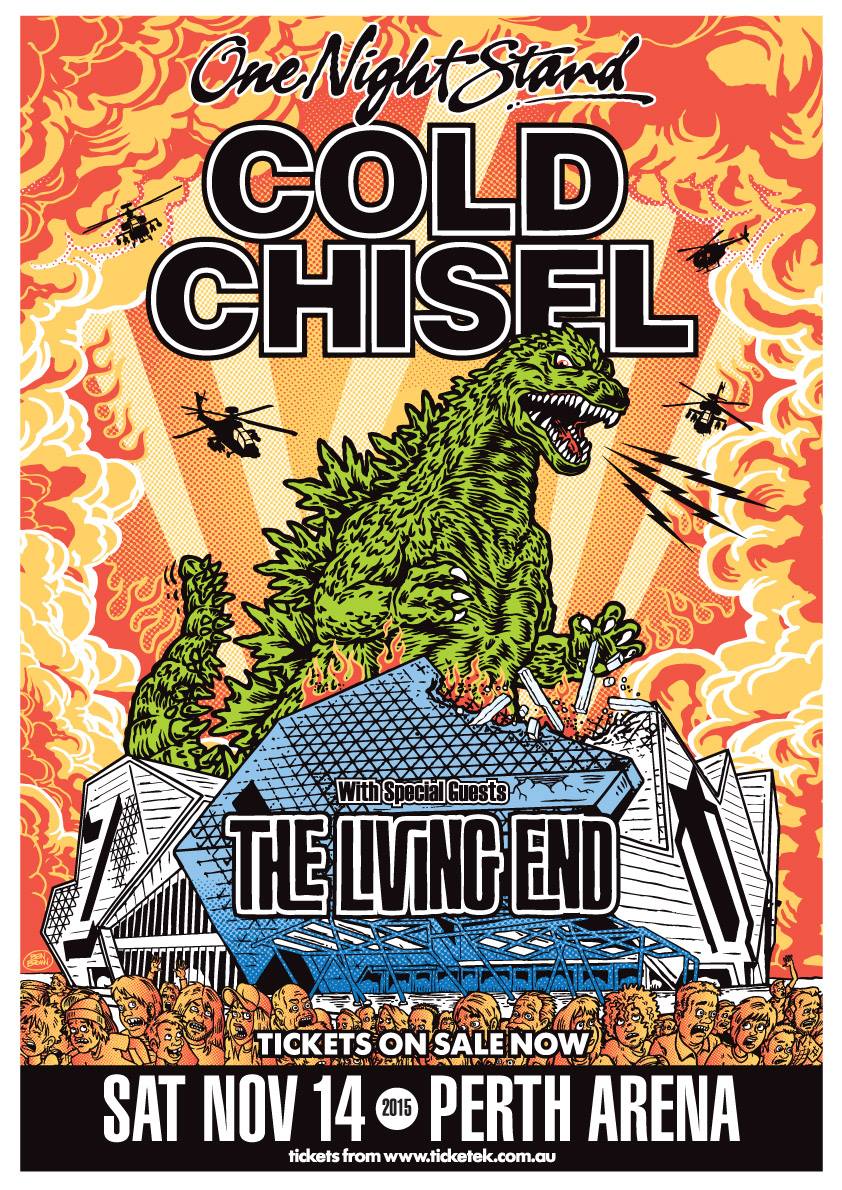 The news just got better for our Perth fans with the announcement that The Living End will join us as special guests at our Perth Arena show on Saturday, 14 November.

We’re already playing three East Coast shows with The Living End, but we’re excited to have coaxed them across the Nullarbor so we can deliver the same great double act in Perth.

“The Living End are one of the best rock & roll bands Australia has produced in the last 20 years. We love playing with them, they always fire us up and make us play at our best. We’re excited they’re joining us in Perth.” – Jimmy Barnes

Formed in 1994, The Living End rose to fame in 1997 after the release of their brilliant double A-sided single, Second Solution/Prisoner of Society, which peaked at No. 4 on the ARIA Singles Chart. The band has gone on to release six studio albums (The Living End in 1998, Roll On in 2000, Modern Artillery in 2003, State of Emergency in 2006, White Noise in 2008 and The Ending Is Just The Beginning Repeating in 2011) as well as numerous hit singles, including the radio and chart smash White Noise which earned the band an APRA Award for Song of the Year in 2009.

“We’re honoured to be playing with Cold Chisel. They’re a national treasure and a group we admire greatly. Their records speak for themselves and live they are just blistering.” – Chris Cheney

The Perth Arena wasn’t built the last time we played Perth in early 2012 so it will be a first for us – and with this being our only show in Western Australia, adding The Living End to the bill will definitely make it a ‘One Night Stand’ to remember.