Well Daskarzine, she was pretty bland
As she stretched out in the corner of the room
She was Oh! so lazy with her pistol hand
As her hair hung hot off the loom
A red-eyed Chicken felt like stepping in
But his lines lacked their customary cool
Her conversation flowed like treacle from a tin
And Chicken felt like some kind of fool

Oh Yeah!
Her every move
Is a lesson in street ballet
And they speak her name in cheap hotels
From Turkey to Marseillaise

Oh babe, she says, we’ve got to die sometime
It’s the sweetest thing we do
Why not die from month to month
With my touch to help you through

I’m Stetson and I ain’t so bad, he kept on saying
But his mind was trapped in some kind of cage
He had failed at the ancient art of role-playing
And was fighting to leave the bleeding stage 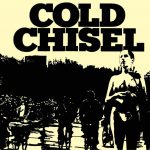 I drove it to the buyer just as fast as I could go
I was talking to his teenage son
I sure hope it lasted for the poor little bastard
At least until he’d had some fun
I caught a taxi homeward with great anticipation
Thinkin’ all you have to do is try
There was a note propped up against the dressing table mirror
“Dear Jimmy, it’s over, goodbye!”
Home and broken hearted
I’ve been pasted to the telephone
Boxing Day break was wasted sitting home on my own
The beer we bought for Christmas ran dry this afternoon
And on the radio it’s New Year’s Eve
What a low down time of the year to pack your luggage and leave

Went to a party, tried to drink myself happy
The steaks were washed away in the rain
Finished up in bed with an old acquaintance
She’ll never be my friend again
And everyone was asking me where’s the little woman
Rolled home before the rain could stop
I’ve been sitting for days reading pre-Christmas papers
With my heels on the table-top 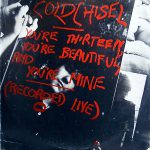 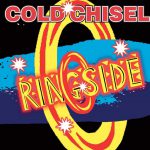 Juliet in travel coat
Leans wasted on the window
Takes a long, long drag
To try and settle down
It kills her how he turned away
How he ripped their love apart
Starts to cry
Lets the curtain fall
It’s goodbye

Just How Many Times

Lovers see the world through an old, red wine
All the sounds of the blues, just disappear
With a light like yours beside me
It’s been an old, old red wine year

And just how many times did I watch you smile
And how long has it been
Since my eyes, in tender desperation
Gathered every memory, every scene

And Ah! Last summer on the beach your legs were brown as pecan stains
And how, with dripping faces we would skid to shelter in the pouring rain
But if the game’s so low and painful
And if every moment brings no peace
It’s just a shame to play

Now in the end there’s the long road home
And the party’s so dry, without you
Oh my lady, if you have to leave me
Please don’t leave me sober, leave me blue

About the long forgotten dockside guarantees
How there were no V-dayheroes in 1973
How we sailed into Sydney Harbour
Saw an old friend but couldn’t kiss her
She was lined, and I was home to the lucky land

And she was like so many more from that time on
Their lives were all so empty, till they found their chosen one
And their legs were often open
But their minds were always closed
And their hearts were held in fast suburban chains
And the legal pads were yellow, hours long, paypacket lean
And the telex writers clattered where the gunships once had been
But the car parks made me jumpy
And I never stopped the dreams
Or the growing need for speed and novacaine

So I worked across the country end to end
Tried to find a place to settle down, where my mixed up life could mend
Held a job on an oil-rig
Flying choppers when I could
But the nightlife nearly drove me round the bend

And I’ve travelled round the world from year to year
And each one found me aimless, one more year the more for wear
And I’ve been back to South East Asia
But the answer sure ain’t there
But I’m drifting north, to check things out again

You know the last plane out of Sydney’s almost gone
Only seven flying hours, and I’ll be landing in Hong Kong
There ain’t nothing like the kisses
From a jaded Chinese princess
I’m gonna hit some Hong Kong mattress all night long 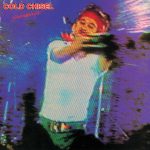