Infamous mystery band to play their first show in 35 years 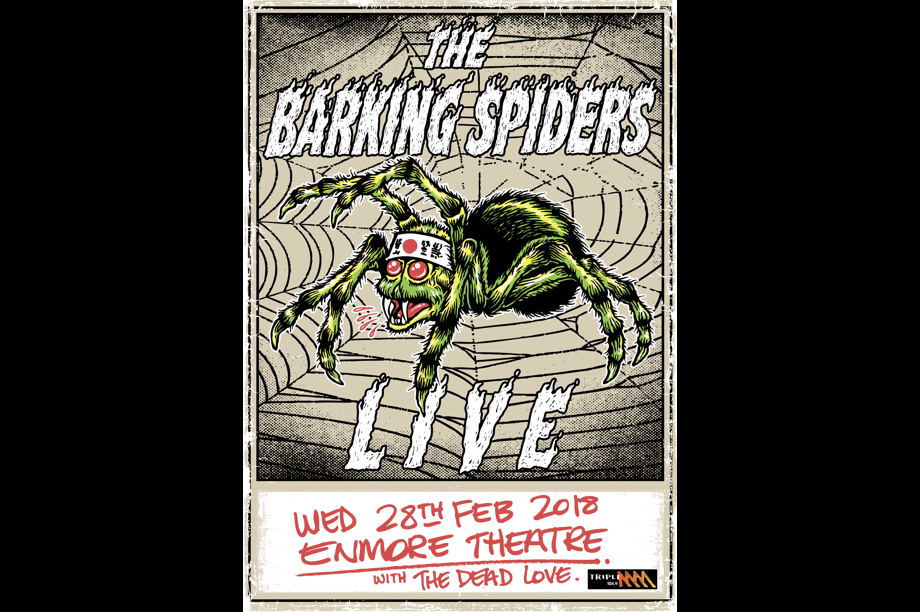 Shrouded in mystery, rarely seen or heard, the legendary Barking Spider have announced a special one-off performance at Sydney’s Enmore Theatre on Wednesday, 28 February 2018. This will be the band’s first public gig in 35 years. Choosing to never do interviews, photo-shoots or videos, the identity of The Barking Spiders remains “a riddle, wrapped in a mystery, inside an enigma” as a famous commentator once described them.

The Barking Spiders’ myth and legend has only grown deeper and darker over the years despite the fact that the band has never even released a studio album. Preferring to play small, secret shows, in 1984 they released their one and only album, a live album The Barking Spiders Live 1983 which has gone on to be hailed as an Australian classic.

Many have rumoured that The Barking Spiders are actually a famous band who originated in Adelaide in the 1970s (who cannot be named for legal reasons), but these rumours have never been confirmed or proven beyond a reasonable doubt. This web of intrigue might be resolved inside the four walls of the Enmore Theatre on Wednesday, 28 February. This rare performance is sure to sell-out in a heartbeat. To avoid being left standing on the outside, don’t procrastinate. While tickets go on sale to the general public on Thursday February 8, on Tuesday night members of The Barking Spiders database will receive a special Ticketek link and a unique password which will allow access to tickets from 10am on Wednesday February 7.

The Barking Spiders will be supported by emerging Sydney three-piece The Dead Love, who have signed binding NDA agreements, preventing them from making any comment.