The legendary Cold Chisel has announced today that they will play a special one-off show on the Wrest Point Lawns in Hobart on Wednesday, 22 November to launch their biggest ever live release.

It will be the first time Cold Chisel has played in Tasmania since their massive Light The Nitro Tour back in 2011 (which remains the biggest grossing tour ever by an Australian-based band). 2015’s One Night Stand tour was unable to get to Tasmania so this announcement marks an overdue payback for Taswegians.

Cold Chisel is one of Australia’s most revered rock outfits, with a history that spans forty years and a catalogue of songs and albums that have become part of the nation’s psyche.

“We tried everything to get to Tassie in 2015, but events and schedules conspired against us,” says guitarist Ian Moss. “We owe you one Tasmania – and now it’s payback time!” 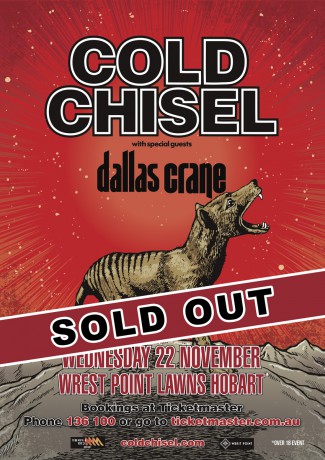 The band will be supported by Melbourne rockers Dallas Crane, in a rare Tasmanian appearance.

This one-off Cold Chisel gig will follow hot on the heels of the band’s biggest live release ever as it was also announced today that The ‘Last Stand’ of the Sydney Entertainment Centre – The Live Tapes – Vol 4 will land on Friday, 10 November, 2017. The 32 songs on this release will be drawn from the band’s final two unhinged and emotional shows immediately prior to the iconic venue’s demolition in 2015. The Sydney “Ent Cent” also famously hosted the band’s 1983 Last Stand concerts, so these memorable farewell gigs captured the public’s imagination, selling over 20,000 tickets within minutes.

Fans who missed out on tickets at the time will now finally have a chance to see and hear Cold Chisel in all its ragged glory as they literally bring down the house. The release can be pre-ordered now on a number of formats – as a 3CD set, a 4 LP Vinyl package and a Ltd Edition 3CD/DVD set. The audio will also be available as a download and on all streaming services. Click here to pre-order the album and see below for further album information.

Members of Cold Chisel‘s email database will have early access to tickets for the band’s Wrest Point Lawns show – details will be emailed to database members ahead of the Pre Sale date.

Fans seeking tickets for Cold Chisel’s shows are reminded to only buy tickets by following the official links at www.coldchisel.com/tour-2. Fans are also strongly advised not to buy tickets from so called “reselling” websites such as Viagogo who typically advertise heavily online and often mislead consumers into paying much higher prices than necessary for tickets that may turn out to be fake. 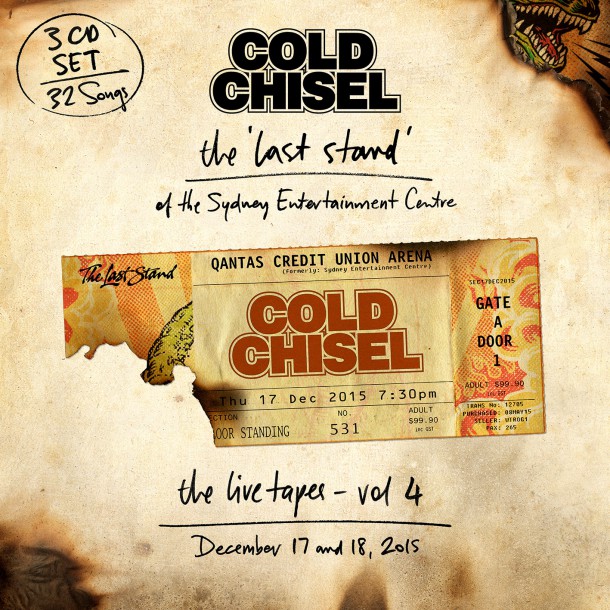 1. Standing On The Outside

8. You Got Nothing I Want

9. The Last Wave Of Summer