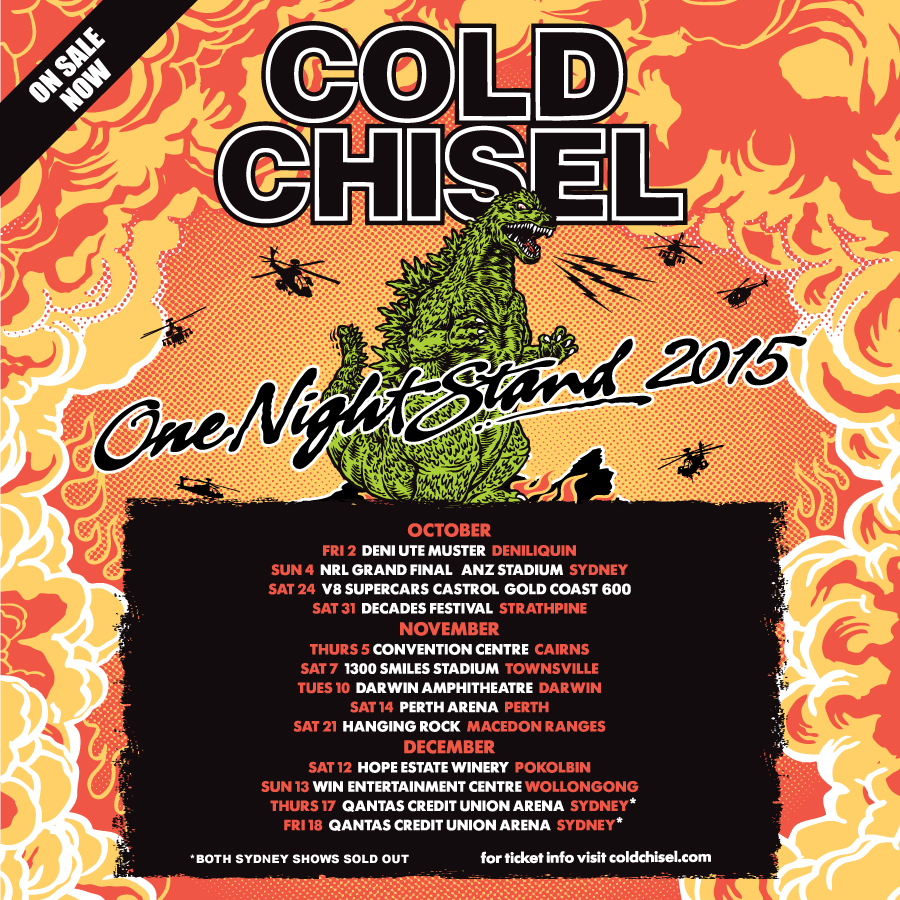 We’re excited to announce that tickets for our One Night Stand tour are on sale now for ALL shows except Perth, which will be available for purchase at 12pm local time.

The response to pre-sale tickets has been fantastic, so make sure you don’t miss out on tickets to this extra special tour. We’re really looking forward to getting out and playing at venues we’ve never played before, including Hope Estate and Hanging Rock, both venues that no other Australian act has headlined before, as well as special festival appearances at Deni Ute Muster, V8s Supercars on the Gold Coast, the Decades Festival and a monster show at Townsville, 1300SMILES Stadium. And of course our special concert performance at the NRL Grand Final (tickets on sale soon – stay tuned).

Grab your tickets NOW from the following links:

And our special festival appearances on the One Night Stand Tour: